With the designation of a Decade of Action on Nutrition, interest and mandates to collect global nutrition data have significantly ramped up. Groups ranging from humanitarian and relief organizations to governments now more than ever want to reliably and regularly track and report on nutrition outcomes. However, the people most vulnerable to nutrition insecurity are often those that are the most difficult to reach via traditional nutrition monitoring approaches of conducting face-to-face interviews. Furthermore, face-to-face nutrition monitoring at large scale is costly and time consuming (Friedman 2014), which limits the possibility to monitor changes in nutrition status and feed that information back into programming quickly.

Enter the increasingly ubiquitous mobile phone. Even in rural Africa, you don’t have to look hard to find someone talking on a mobile phone, or to find a phone charging station. And Africa is leading the way in innovative uses of the mobile phone, from mobile banking, to micro-insurance, to crop and weather information, to even tracking social unrest.

So can the ever-present mobile phone be used for monitoring nutrition at large scales in Africa? It really depends on who is talking.

Most data suggest that men control assets, including mobile phones, in rural Africa. Men outpace women in phone ownership in every country on the continent except South Africa, and the 2015 GSMA report found women on average are 14% less likely to own a mobile phone than men. However, nutritionists are increasingly interested in monitoring women’s health, nutrition and dietary diversity. Women serve a critical role within the household for nutrition and health. So in order for nutrition monitoring on mobile phones to work, we have to be able to reliably and consistently reach rural women. This poses the question – can we talk nutrition with women via mobile phones?

To answer this question and more, we set out into the field in Kenya to talk to rural women about discussing diets on mobile phones. We conducted two weeks of formative research including 17 focus group discussions, 16 in depth interviews with women and men, and 22 key informant interviews with mobile phone vendors, government & NGO officials and community leaders in Baringo and Kitui counties, Kenya.

We found that men typically register for the SIM card and other services and often purchased mobile phones. However, when we dug a little deeper, we found women were the predominant users of the mobile phones and independent phone ownership was also very high amongst women. Two of our key informant interviews, conducted at Safaricom shops (Kenya’s leading network provider), explained that officially the transactions might be registered in a man’s name but the phone is often predominantly being used by his wife. The key informants also highlighted that a majority of customers are women, and within communities they are seen as a communication focus. One government official stressed that even if women were technically ‘illiterate’, their ‘technical literacy’ for using mobile phones was very high. 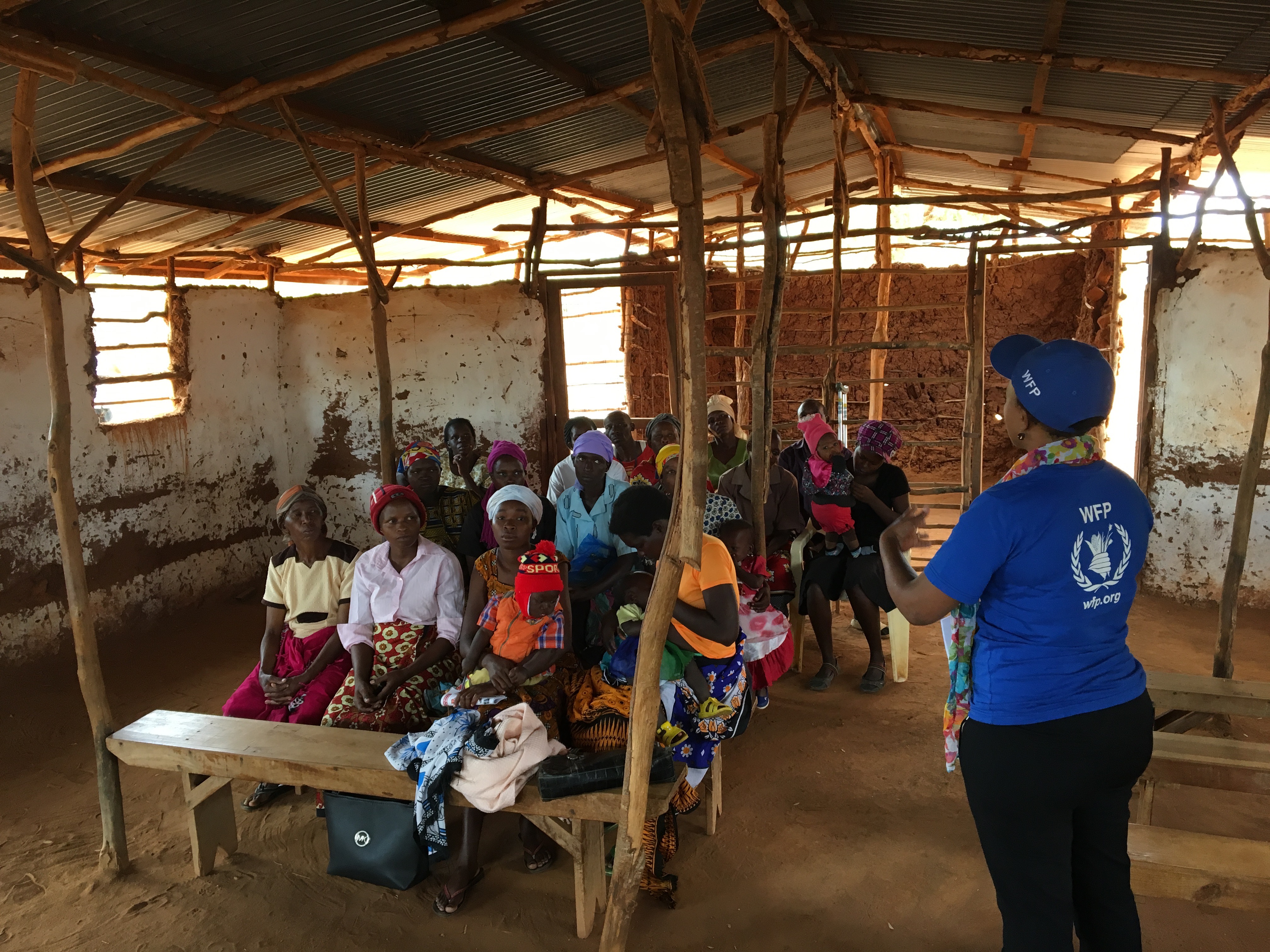 The majority of women in our study areas have access to a mobile phone, firstly through high personal ownership and secondly household level ownership and sharing of phones. Phone sharing was common across all respondents, with no major preference between borrowing within the household or with neighbors or friends close by. Our interviews and focus group discussions suggest very high mobile phone ownership in Kitui County (around 80-90% of women) and slightly lower phone ownership in Baringo County (around 60-70% of women) in the groups and locations that we spoke with.  Among those who did not own phones, cost both for purchasing the phone and airtime was identified as a barrier by few but not the majority.

Despite having access to mobile phones, there are still significant challenges for rural women in using mobile phones. Most women we spoke with charge their phones in the charging shops in local village centers, while very few have electricity or solar chargers for home charging. The common pattern was to leave the phones for half a day at the charging shop, but in some cases women may be without the phone for long periods of time, up to 24 hours or longer. Also, network coverage is generally poor, and in some remote areas nonexistent, however we found many areas with good coverage. Often women did need to walk to ‘hotspots’ to find signal, but these were usually quite nearby the homesteads. Women did not suggest that poor network coverage was a barrier and voiced little hesitation to walk to hotspots. 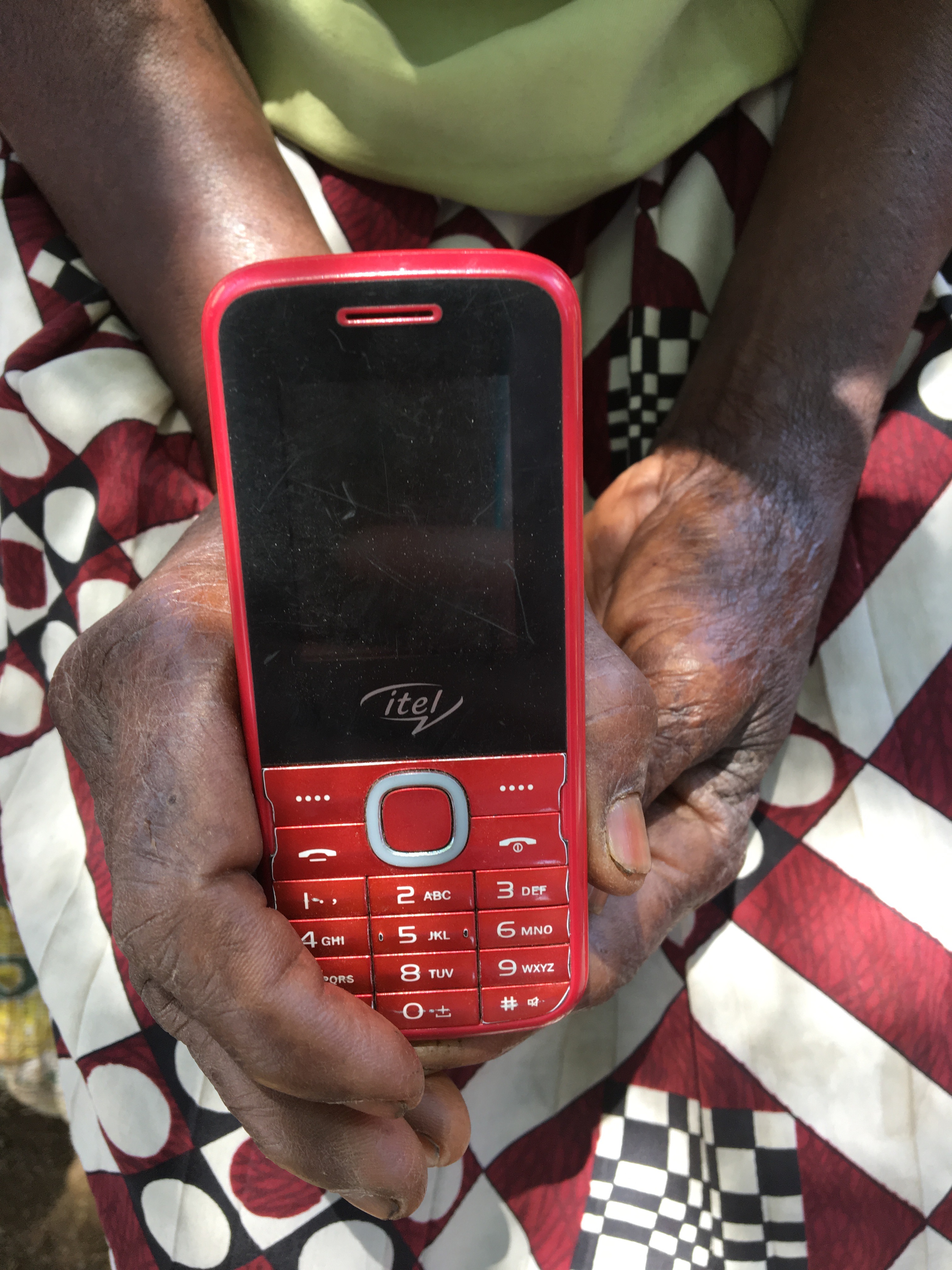 Now that we know we can reach women with mobile phones and the potential barriers of doing so, we are testing whether nutrition data collected via live phone operators gives the same results as data collected via traditional face-to-face interviews. If we can use mobile phones to collect this kind of data, it could allow for monitoring of nutrition on unprecedented scales in unprecedented locations, improving our ability to deliver humanitarian and development services when and where they are needed most.

Top: A mobile vendor and charging shop displays a common simple functionality phone used by many of the women and a smart phone (photo: S Chesterman)

Bottom: A woman in Baringo County displays her mobile phone. Basic phones such as this one are found in nearly every household in rural Kenya. (photo: S Chesterman)

The study team completed quantitative data collection of nutrition indicators comparing data from face-to-face data collection with live voice calls in December 2016. Analysis of the data is underway and stay tuned for more updates and our findings! The research is being implemented in partnership between the World Food Programme’s Mobile Vulnerability Analysis and Mapping project (mVAM), Nutrition division and Kenya Country Office, and the IMMANA-funded Surveillance of Climate-Smart Agriculture for Nutrition (SCAN) Project—a collaboration of the World Agroforestry Centre (ICRAF), the London School of Hygiene and Tropical Medicine (LSHTM), and the University of Cape Town (UCT).